I use cameras to spy on wildlife. My research is focused on answering questions like:

I firmly believe in building research capacity in other countries and hope to use camera traps and other noninvasive tools to further our knowledge of and ability to conserve threatened species across the world.

When a dying witch-hunter and a literally damned witch meet up in the middle of a massacre, they must overcome religious conviction, a vengeance-seeking gang leader, an eldritch rainforest, and a thrice-killed priest to awaken a feral fire god and save the land from an alien bioweapon.

While I'm out doing field work I get a lot of chances to take pictures. Check out my etsy shop for prints, calendars, and more!

For baby deer, the forest is a landscape varying in safety, changing depending on the habitat, time of day, and the predator that they are avoiding. Throw in more than one predator and you have a very complicated chessboard to navigate!

Using three years of camera trap data at three state forests in PA, I figured out how fawns use habitat, space, and time to avoid being eaten by black bears, coyotes, and bobcats. Check out my dissertation and #whoseatingbambi!

How many fosa are there in Madagascar's largest protected area?

Madagascar's unique carnivore family (Eupleridae) is severely understudied. For many species, population estimates are lacking, which makes it very difficult to correctly determine how threatened they are.

Using data from fifteen surveys across seven sites, we found that there is likely about 1,000 adult fosa in the protected area (as little as 600 and as many as 1,800). This means that the Masoala-Makira protected area is home to a significant number of the fosa left in the world.

Can we use extra camera trap data to provide new information for little-studied species? 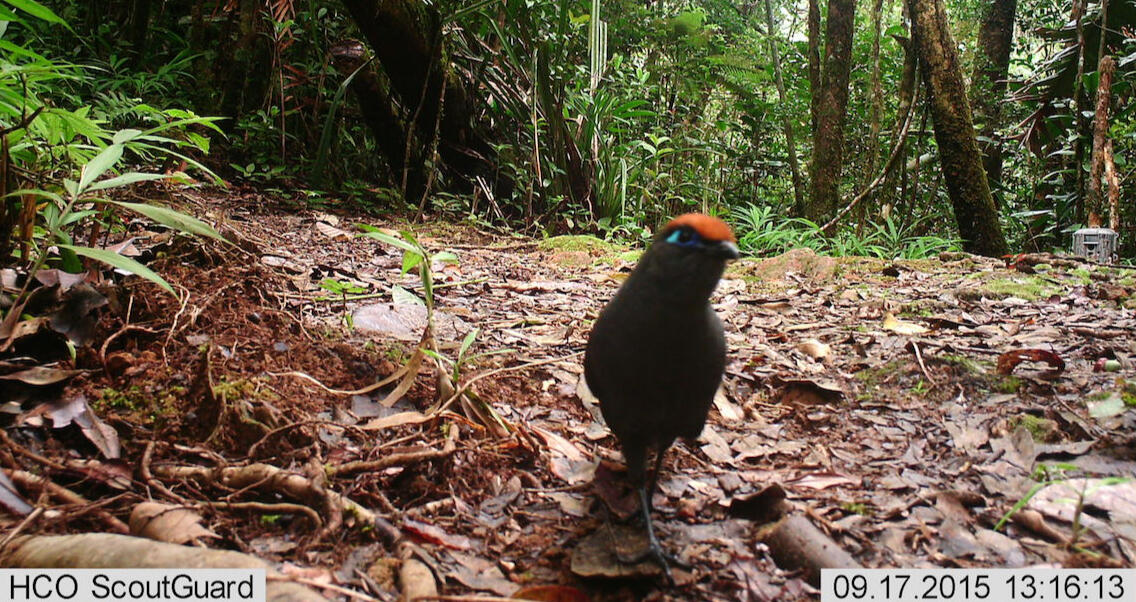 Camera traps are awesome because they take pictures of EVERYTHING that walks in front of the camera. We got thousands and thousands of pictures of birds, small mammals, and a (mainly) Madagascar-exclusive insectivore group called tenrecs.

Using this data we found that we were less likely to detect many of the bird species if we saw a lot of feral cats in the area, and that red forest rats (adorably rusty-colored pudgy rodents) were detected more often further from the forest edge.

Are lemur densities different between undisturbed and disturbed forests? 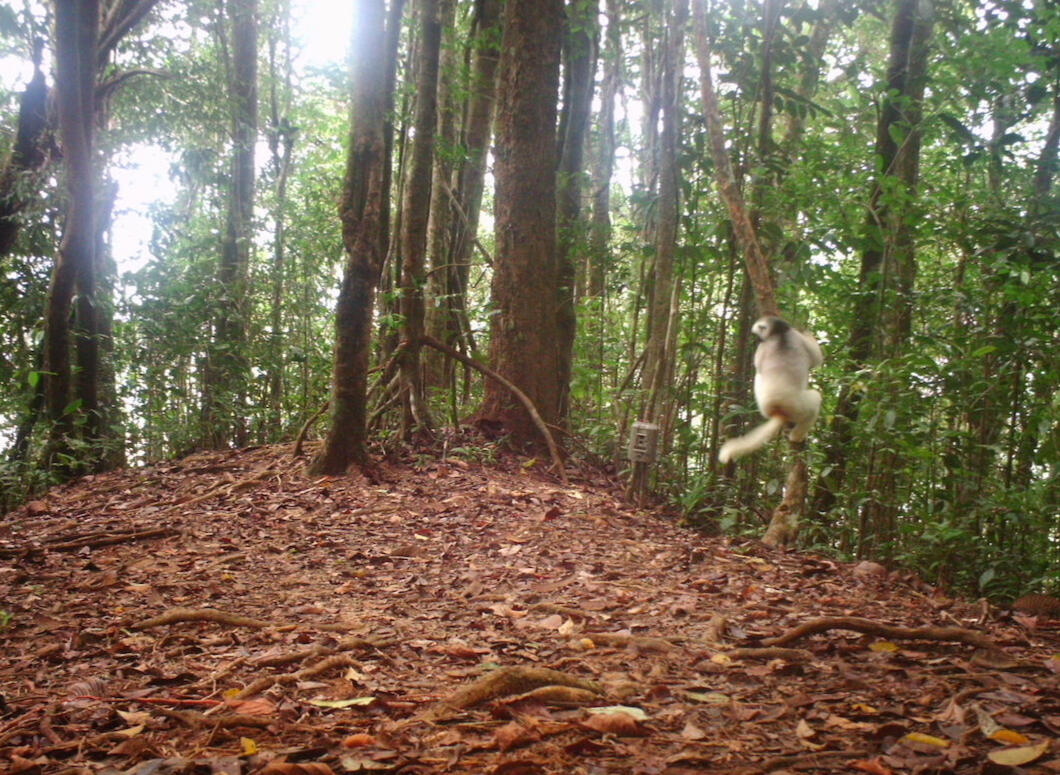 In addition to running fifteen camera trap surveys in Masoala-Makira, we ran lemur surveys on forest paths that we walked night and day. All told, we got over a thousand observations of lemurs, including critically endangered species like silky sifaka and indri, while walking over 1,000 kilometers!

We provided the very first statistically-rigorous population estimates of three species for the region, and found that you were less likely to observe lemurs in very disturbed forests compared to undisturbed forests.

Teaching About colonialism and Conservation

I taught this course to speak truth to power. In my twelve or so years in this field, I’ve seen way too many white people blame locals in the Global South over wildlife population declines when they refuse to acknowledge that it’s overexploitation by their colonialist ancestors that put the populations into such a state where each remaining individual is precious. With the original twitter thread and this course, I tried to shine light on the dirt American and European conservationists of old did, so that when these twelve to fifteen undergraduates go out into the world and read about tiger poachers, they perhaps remember that during the colonization of India over thirteen thousand tigers—that’s 3x the current global population today—were killed, largely by Europeans.

I banked on human senses of empathy and justice and assumed that exposure was needed—you’d be surprised how often we learn that Yellowstone National Park was the first national park in the world (it wasn’t) without being taught about the antagonism of the US Army and the flight of the Nez Perce—so the instructional techniques I relied on were lectures and readings. I used documentaries that were freely available on YouTube, such as Human Zoos, as a way to switch things up. Students were often prompted to discuss how they felt about the information they learned, and how it had or had not changed their world view.

Student learning—or realization—was assessed in a variety of ways. I used a presentation assignment on a species and its abundance to see if students are able to see how human conflict, colonization, and wildlife ecology intertwine. Every module assignment asked for students to reflect on what they were learning. I used near-future issues, such as green militarization and climate, to see if students were able to assess in which ways the future might be informed by the past.

I hoped that I provided a few people with the knowledge and context to analyze conservation situations and whether they are unjust. If some of these students go onto become researchers or managers or conservationists, I hope that they remember history when attempting to find solutions for the present and the future.

ISOU's already lost so much. His sanity. His soul. His loves. But can he stand to lose the family he just got back, even if it means destroying the demon that took everything from him?

The demon that even now wakes in his blood?

Nothing will stop NAJ from killing a god. Not waking up in a stranger's body. Not the witch-hunter, the gang leader looking for revenge, or the murderous priest. Not a plague. Not a dead world.

Being unable to find said god? Ok. That might.

SHI VEISYA is a shapeshifter. A doll, you see, is empty of and shaped by desire. He's been Nothing. A Plaything. Devotee. Expert. For his new vessel, he'll be Solace.

After all, he needs a shape, ideally a pleasing one. And what is growing within him is anything but.

ASIA MURPHY likes to write about the fictional equivalents of regime shifts, the intersection of science and magic, and terrible characters with cutting edges which, ground together, might become something less injurious. She is represented by Ernie Chiara at Fuse Literary.